WHAT CHANGES IN TAX LAWS CAN MEAN

Editor’s note: The tax change proposals mentioned in Legally Speaking this month currently are under discussion by members of Congress in Washington, D.C. According to John McClelland, Ph.D., American Rental Association (ARA) vice president for government affairs and chief economist, many of the provisions discussed in this article may never be passed into law or implemented. ARA always suggests that you consult your personal accountant, tax advisers or lawyers before taking any action as individual circumstances can vary.

QUESTION: I KEEP HEARING ABOUT UPCOMING TAX INCREASES, BUT I DON’T HAVE TIME TO FOLLOW ALL THE CHANGES IN THE TAX LAWS. CAN YOU SUMMARIZE WHAT’S HAPPENING AND HOW IT MIGHT AFFECT MY EQUIPMENT BUSINESS?

答案是。 What you’ve heard is true. A great many changes have already been proposed, and a great many more probably will be before the current administration is through. So, I won’t be able to provide a comprehensive summary, of course, but I can provide some highlights with respect to issues I think are likely to be important to equipment dealers and lessors. As I’m sure you’ve heard by now, with the current administration’s addition of $1.9 trillion in coronavirus relief spending – of which approximately 8.5% has been allocated to COVID-19 health-related issues – along with $1.8 trillion in a proposed spending package for families, and $2.3 trillion in infrastructure spending, a total of roughly $6 trillion ($18,181 per U.S. citizen) of new federal spending is on the table, and that figure may yet grow still further. For context, in inflation-adjusted terms, the current proposals equate to a bit more than eight times the cost of Franklin D. Roosevelt’s “New Deal.”

Paying the piper. These outlays must, of course, be paid for. Because the government already was operating at a deficit – Total Outlays: $5.8 trillion; Total Revenues: $3.5 trillion; Deficit: $2.3 trillion – the required funds will have to come largely from tax increases and/or elimination of tax exemptions and deductions. The other options, further running up the national debt (currently over $28 trillion) and increasing the money supply, while less painful initially, tend to devalue the dollar, risking runaway inflation – the most recent example being Venezuela’s 65,374.08% increase in prices in 2018 after a massive government-mandated increase in its currency supply – i.e., Venezuela simply printed billions of new Bolivars in order to pay its bills, rendering the currency nearly worthless. Today, one U.S. Dollar is worth approximately 3,116,874 Bolivars – prior to 2004, one Bolivar was actually worth more than a Dollar.

What the piper costs. Back in the U.S., assuming that tax increases are, indeed, on the horizon, what are we to expect? Though a number of factors, including GDP, the unemployment rate, the general state of the economy, and of course, politics, will continue to bear heavily on what is, at best, an evolving process, here are some of the issues currently up for debate:

Obamacare surtax on higher-income investors, as well as state taxes where applicable, taxpayers in high-tax jurisdictions such as New York and California could wind up paying out over 50% of their investment gains in taxes.

Almost as important as the amount of the rate increase will be the effective date of such increase – the fear being that a date announcement could spark a wave of panic selling by those seeking to get out under the old regime, before their capital gains taxes nearly double. Such fire sales could substantially depress asset prices and, among other things, trigger a series of financial defaults based on, for example, capital calls and/or asset value and debt ratio covenant breaches. Among the best examples of this was the savings and loan (“S&L”) crisis of the late 1980s, triggered by a host of factors, including a change in the U.S. tax code which resulted in massive devaluations of real estate that had been financed by domestic S&Ls. When borrowers defaulted and walked away, the S&Ls were left holding billions of dollars of devalued real estate they were forced to then attempt to liquidate into an already-shattered market. The result was a collapse that resulted in the closure of nearly a third of the 3,234 S&Ls in the U.S. between 1986 and 1995, and impacted virtually every sector of the economy, including the stock market, which on October 19, 1987 (“Black Monday”), lost 22.6% of its value – the largest single-day drop in history to that point.

Nonetheless, I do expect to see a substantial increase in the capital gains rate if for no other reason than that it is likely to be among the least objectionable alternatives for many – according to the Tax Policy Center, 75% of all long-term capital gains in the U.S. are reported by the richest 1% of Americans.

A great many changes to taxes already have been proposed, and a great many more probably will be before the current administration is through.

Possible outcomes. Given that most business owners and investors tend to make economically rational decisions, I would expect a number of things to begin happening over the next few months (to the extent they haven’t already done so) including substantial increases in:

Of course, all of these are likely to coincide with reductions in savings, asset sales and investments in inflation-sensitive areas such as fixed income securities — bonds, treasuries and CDs — and to some degree, riskier investments in small companies — think of capital investments in startups and early-stage companies, which tend to decline when the net after-tax rewards are reduced relative to the same or similar levels of risk. Ironically, large company investments, by contrast, tend to do well during periods of high inflation. Given that 99.7 percent of U.S. employers are small businesses, the mid-to-longterm impacts on employment and the overall economy could be significant.

Final Thoughts: In the final analysis, although it may be impossible to avoid the impending wave of spending and tax increases, it is certainly possible to make some preparations for them, and by doing so, limit their effects to a degree – if you can just find a way to sift through and interpret all of the new regulations while continuing to run your business. Perhaps most importantly, if “double-taxation” of estate assets actually does become a reality, owners of family-run businesses may need to make substantial adjustments to their estate plans in order to ensure their heirs can actually afford to inherit their businesses. As always, feel free to contact us if we can help. 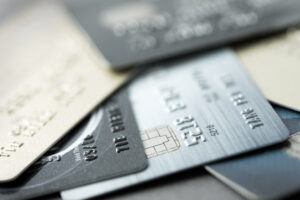 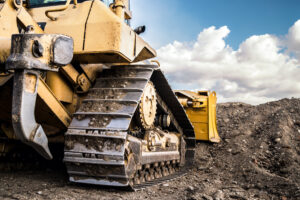